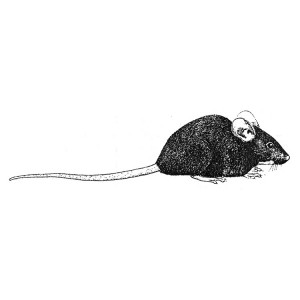 Seattle Construction Site and Restaurant Rat Infested
Downtown Seattle’s Commercial and Construction businesses are being rat
infested. For sure this is a year round problem. What attracts tha nasty
creatures. Well Rats are forever on the search for food, water and a home.
Ongoing Construction sites are ideal places for Rats to settle into.
Construction crews are known to leave behind scraps of food and undrained leftover bottled and canned drinks. Making it an excellent site for a massive rat infestation. Seattle restaurants are also highly susceptible to a Rat infestation. Two downtown Seattle businesses affected were a
restaurant and a construction site. After receiving reports of multitudes
of rat sightings the owners knew this was serious. Both owners had business associates that recommended AMPM Exterminators for pest control needs. It was the best decision to go with this pest control company. The business associates recommendation to utilize AMPM Exterminators was a lifesaver. It was high priority to Get rid of the Rats with experienced and professional pest eliminators.
Rats create airborne bacteria and are disease carriers:
Rats can create a stressful environment. Employees and the public are at
high risk for disease and airborne bacteria. Last year there were reports
of rat airborne bacteria that was very serious. Neither of the downtown
Seattle business owners were going to put off taking care of the Rat
Infestation. Both owners understood the dangers of contracting various
diseases through contact with the rat droppings, nesting areas, or food
that had been contaminated. To drive home a point, television news reports
of airborne germs being fatal in the Puget Sound Area due to rats was aired
to show it can be deadly. Why take such a high risk in not using a
professional pest control eliminator. AMPM Exterminators was ready and able
to provide the rat elimination service and successful.
Rats create massive damage and financial loss to businesses:

Rats can leave behind massive damage to the properties that are rat
infested. Financial loss is inevitable and costly. Attics and crawl spaces
are contaminated due to droppings and urine and a whole separate service
and cost. Nasty rats love to chew on electrical wires and wood. As horrible
as it sounds rats will eat contaminated food and animal feces. Rats destroy
peace of mind and creates a feeling of being unsafe for employees and
owners. Which can result in absenteeism from work. No one wants to work in
those type of conditions. Making the potential for financial loss in so
many ways. Just imagine the inventory that would be lost due to
contamination. It definitely was time to bring  the big guns in and AMPM
Exterminators was loaded for action.
Downtown Seattle rat infested:
Construction sites are a constant in Seattle. Take a look at downtown.
Warehouses such as food distributors are plentiful. It’s cold and wet in
Seattle and the rat population is great. The rodents love all four Seasons
and are always on the move. The construction site and restaurant business
owners set up meetings to alert staff that help was on the way to to get
rid of the huge rat infestation. Hiring a professional pest control company
experienced in rat infestations was number one on the list. AMPM
Exterminators ready and able.
AMPM Exterminators Rat Infestation services:

First and foremost it was a relief to the owners to contact a Seattle area
pest control company like AMPM Exterminators. The technicians are
experienced and specialize in rodent extermination. The level of expertise
provided takes care of the elimination of rats and the technicians are very
thorough.The technicians spoke with owners and  business managers at both
locations to discuss the findings and how services would be applied. The
first step would be to check the perimeter of the sites for entry points
into the properties. Holes, cracks or crevices found would be sealed to
prevent any further entry points yo the rats. The AMPM Exterminators
professional explained there were mandatory steps to follow for a
successful infestation elimination. Adamantly advising the owners not to
skip a step. If instruction not followed to a tee then it’s back to square
one. The AMPM Exterminators technician provided the necessary steps to
follow. Such as the necessity for daily hygiene. Keeping and enforcing
routines that included cleaning and disinfecting areas where food is
stored. For the construction site for new homes it was very important to
keep the area free of garbage. Remember that rodents can fit through tiny
holes the size quarters and will get into or around the premises. Even
after the service has been provided do periodic inspections for  any new
holes, cracks or crevices that need to be sealed. Clean everything, leave
no food out on stoves, counters, in sinks or garbage waste on the floors.
Outdoor garbage dumpsters should be kept closed and emptied often. A
disturbing sight to see around restaurants are overflowing garbage
dumpsters. Definitely an invitation for rats to come on in. Prevention
services were retained for monthly services for both the downtown Seattle
restaurant and construction site for rat control. AMPM Exterminators was
successful again and the restaurant and construction site owners were
relieved that the job got done quickly and successfully. Plus AMPM
Exterminators got new referrals from both businesses for job well done.

Rats and mice are the rodents most often found in houses. An exterminator will perform an initial examination to identify what pests are present, where the entry points are, and setting traps. This visit should cost anywhere between $90.00 and $250.00.