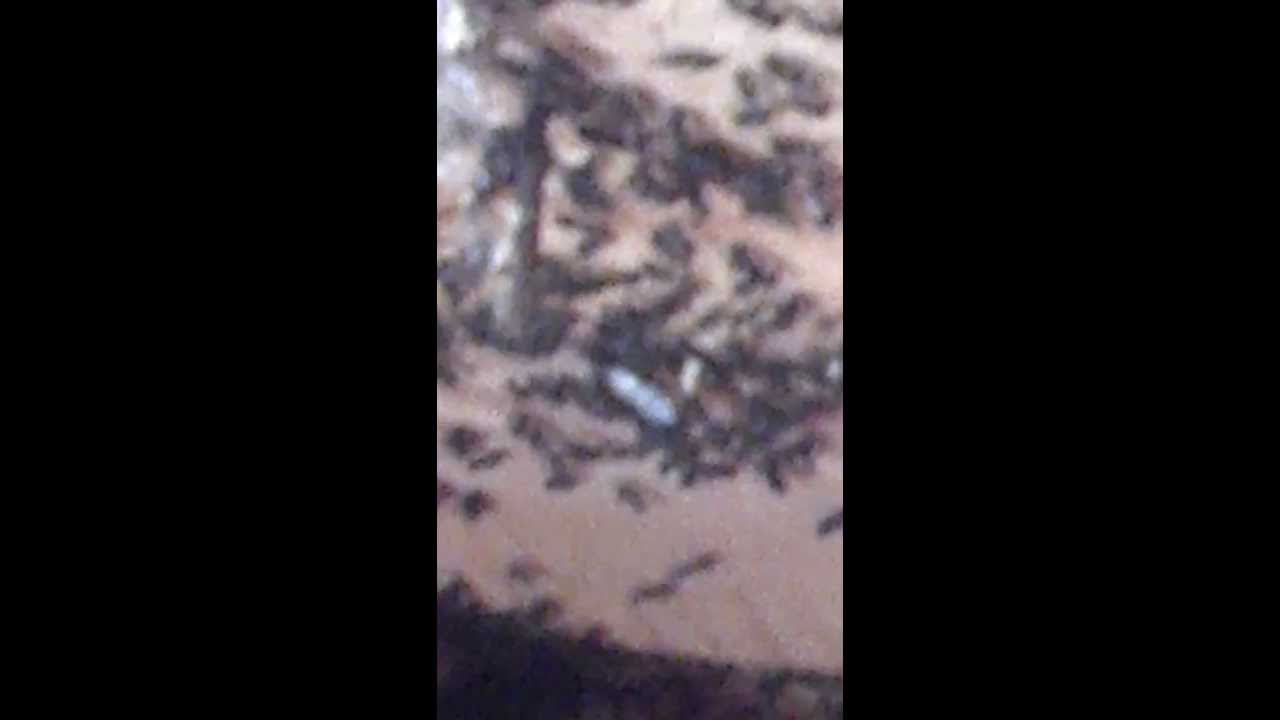 Getting rid of carpenter ants can be one of two things: incredibly simple or incredibly difficult.

North Seattle Has Armies of Ants

Little Black ant armies are marching in many areas of North Seattle. Spring
has sprung and ants are attacking. Ants are seen Year round.  A Greenlake
homeowner in North Seattle saw little Black ants coming out of the
downstairs hallway walls. The homeowner knew this was a little Black ant
problem. Due to the fact that  there had been ants in the bathroom wall a
year before. Like most people, the owner had tried do-it-yourself products
to try to kill the little Black Ants. Using this method was not successful
in getting rid of the little pesky pests. Needing a successful elimination
the Greenlake homeowner called AMPM Exterminators for a professional
treatment.
Ant armies infiltrate in many ways:
Little Black ants are also known as Sugar Ants and are hard to see at
times. But do not underestimate the little pests. Armies of Ants will find
ways to get into a home or other residences. Like the apartment building in
Magnolia. Also don’t forget that little Black ants populate rapidly and are
constantly marching. A favorite place to set up camp are in the walls.
Again people will try over the counter products thinking it’s cheaper. But
not a good idea for a full blown infestation. It’s important to remember
that the chances of there being several infestations in more than one area
of the home is probable. The ants are able to move the scent highway to a
different location very easily. Little Black ants can travel up trees that
are close to the house. Branches are perfect bridges to enter the house
through holes, cracks and crevices. The Magnolia apartment owner wasted no
time in making an appointment with  AMPM Exterminators to ambush the little
Black Ant armies.
Moisture attracts Ants in University District:
Moisture problems in homes and other residences are Ant magnets. The
University District is being infiltrated by little Black Ants and Moisture
Ants. A large home that housed university students was ant infested. How
did this happen. How to prevent further ant issues.  Keep the gutters clean
and downspouts pointed away from the house. Mounds of dirt are perfect
spots for ants and should be kept away from the foundation. Keep an eye out
for standing water around the perimeter of the home. The University
District homeowner soon learned that there were plumbing and structure
leaks in need of repair. The owner was referred to AMPM Exterminators by
the neighbor who was also having the same problem. The technician checked
both perimeter and interior for holes, cracks and crevices. Sealing and
repairs will prevent further entry for the Sugar ants. Other helpful hints
are keeping shrubs and plants kept under control and tree branches pruned
back .When an Ant bait is used it will be carried back to the ant colonies
to be shared to kill the colony.  AMPM Exterminators provided further
information regarding the importance of weekly, bi-monthly, monthly or
quarterly services to control and prevent further infestation.

A University District neighbor was also at war  with the same type of ant
Infestation and had already called AMPM Exterminators for help. Also
advised the neighbor to do the same.  Which was ideal because there were
armies of black ants seen marching between the homes. This meant that there
were several new scent trails being established. The AMPM Exterminators
technicians were armed with the effective products in order to provide a
successful extermination. More importantly the technician had the expertise
available to kill the Ants in the wall infestation and other sites outside
the home. AMPM Exterminators is a professional and experienced company that
will treat the structure for infestation and recommend follow up visits for
preventive treatments. Following the prevention tips to stay ant free is
imperative.
AMPM Exterminators :
Professional pest control company with experienced exterminators for bed
bugs, little Black Sugar Ants, Carpenter and Moisture Ants. AMPM
Exterminators is a pest control service that provides friendly and
effective pest control. Services available in counties and cities. North,
South, East and West Seattle, Bellevue, Redmond, Kirkland, Renton, Burien,
Bothell, Issaquah and more. Both Greenlake and University District areas of
North Seattle had satisfied customers. AMPM Exterminators was the excellent
choice in getting rid of and killing the little Black Ants and Moisture
Ants. Properties were saved from damages. Families and tenants were back to
being stress free. Contacting AMPM Exterminators  provided answers to
questions about service fees. Important information for before and after
treatments was provided and clients understood the process. Because each
home is different the pest control services and any needed repair costs may
vary. AMPM Exterminators has years of inspection experience and are
thorough when providing pest control services. Each client will receive
customized solutions for the pest control needed. AMPM Exterminators was
the Greenlake and University District homeowners perfect choice to get rid
of the Little Black Ant Infestation.